of users had a high value post engagement rate

The challenge
Magnetise Media was tasked with promoting Nokia’s Music Store among music enthusiasts. The key aim of the campaign was to drive exposure, engagement, registration and downloads on Music Store.

The solution
Magnetise Media worked with media partner Muzu, the music social network, to host a multi-action creative campaign. The creative was exposed to a targeted audience, who were offered an engaging creative that perfectly fitted the Nokia Music Store offering.

Results
The campaign was deemed a real success with an impressive 39% of consumers who clicked fully completing that action, proving a high value post engagement rate. The most popular options explored were the free music downloads and registering for competition entry. 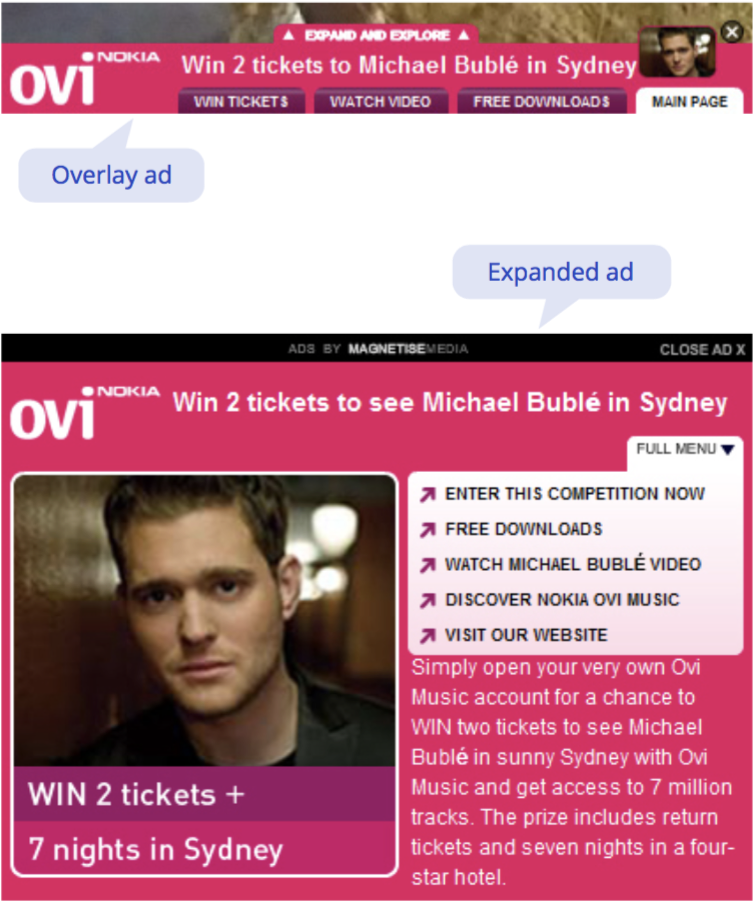 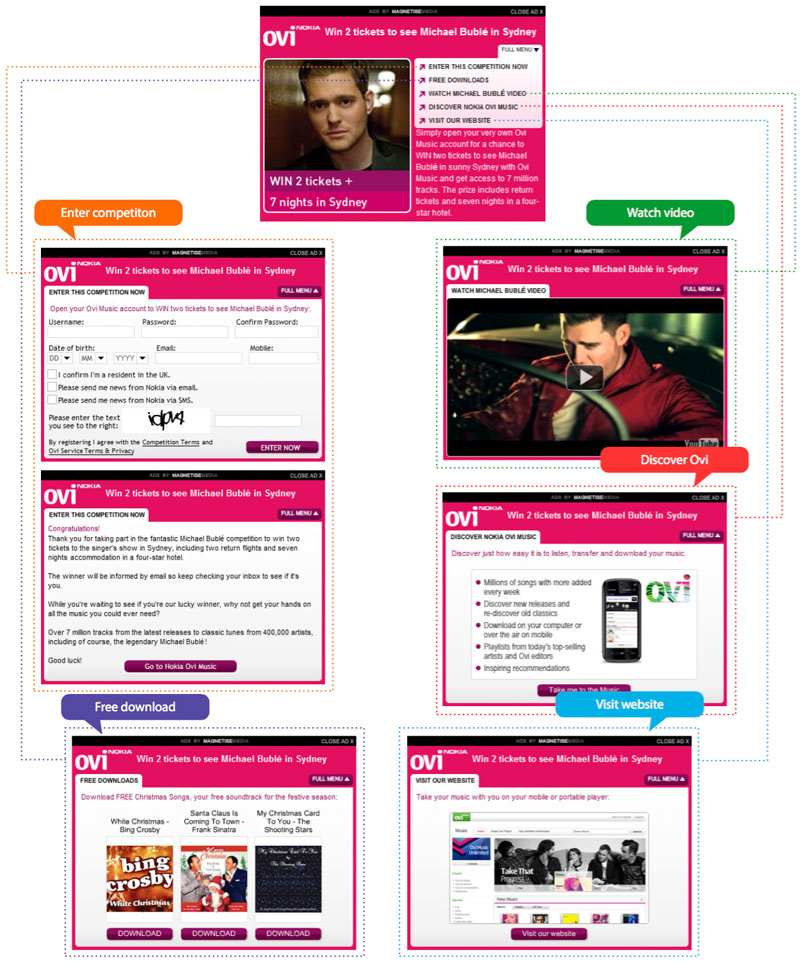 “We were very impressed with how easy it was to integrate Magnetise Media’s solution within the MUZU TV site and our user base has clearly 'voted with their clicks'. We're now actively looking for ways in which to work more closely with Magnetise in the future.”